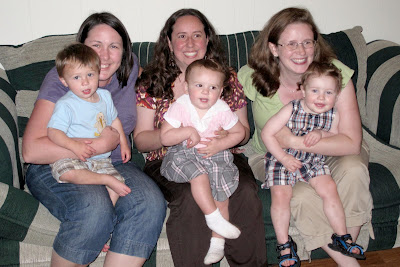 Davey is one day older than Eva and 24 days older than Ben. It's fun to have friends whose kids are so, so close to my boy's age. They certainly do their own things in their own time, but it's fun to be able to have a point of reference as they grow up.

Sadly, the Youngs -- that's Eva's family -- are moving to Oklahoma soon. We wanted to have dinner and catch up before they left, and, of course, that meant we could get our babies who aren't really babies together for another photo shoot.

At first, they just slept through a photo shoot. Then when they were just a few months old, we propped them up against each other in a chair. Even a year ago, they were easy to to corral a year ago. Containing them when Eva and Davey celebrated their first birthday [meaning Ben was just a few weeks from turning 1] also was challenging.

Now Davey and Eva are 17 months old and Ben is 16 months old. And they are on the move. In different directions. At different times.

At first, Ben was ready. But that was short lived, especially once his friends joined him on the couch. 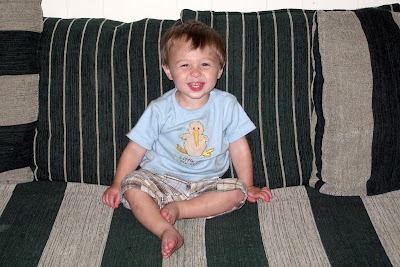 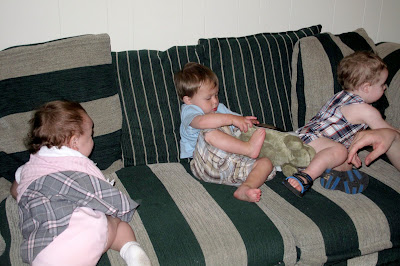 So we had to corral them in our arms. The boys were more OK with it than Eva. 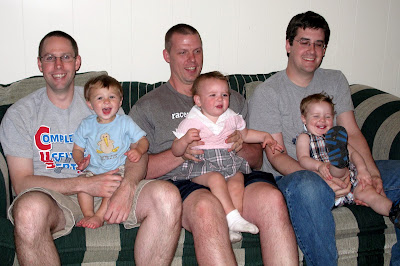 And, yes, Cate wanted to be part of the photo fun. But Eva was done.
Posted by Unknown at 4:20 PM
Filed in Ben, Cate, friends, Greg