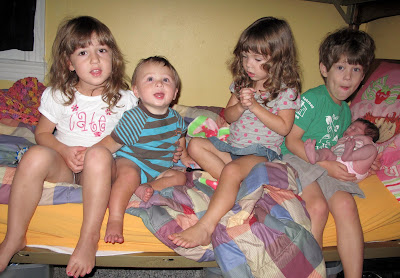 Since February 2007, we've gather with the Tompkins family on a regular basis to eat dinner and play Settlers of Catan. Our kids haven't stopped the tradition, which began when there was just one child between us, but they have prompted us to play earlier and perfected our multi-tasking. Now, more than three years later, there are five kids in the Taylor & Tompkins crew.

And that fact alone makes my heart full.

As many of you know, Greg and I struggled to have a family. We tried to get pregnant for a couple years before God led us to adoption and fulfilled the desires of my heart in this unexpected way. I had prayed and prayed to be pregnant, but really God knew more than the words I was saying. He knew I wanted a family. He was faithful. Twice. I was amazed, even though I shouldn't be surprised God does what he says he'll do.

He did the same thing for the Tompkinses, who experienced an emotional miscarriage before the birth of Luke, who is a year older than Cate. Then God went beyond worldly expectations ... two more times. Between us, we have children born in 2006, 2007, 2008, 2009 and 2010.

Just look at those faces above. They are the sweetest reminders that God has a plan that is grander than anything we can construct ourselves. Life is definitely worth the sometimes rocky ride. 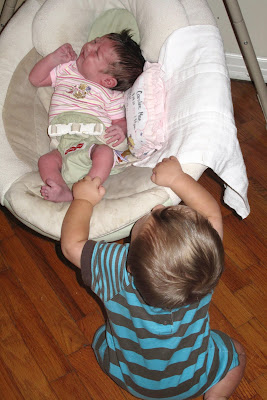 He may also be thinking about how to get back into the swing that used to be his. But he is quite smitten with sweet Caroline. And, you know, we figured out that in 2015, Ben and Caroline could be in kindergarten together. I'm guessing by then Ben won't seem so gigantic compared to his new friend. 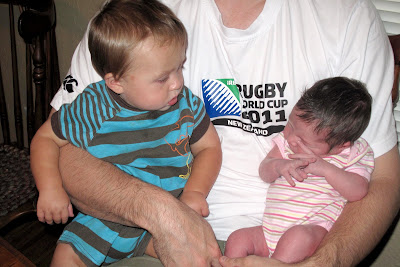